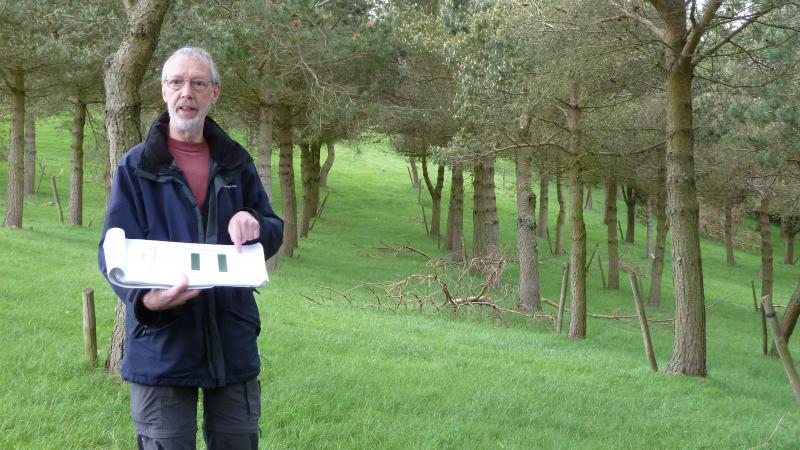 In the 1970s, research on agroforestry in the UK and Ireland occurred in a piecemeal manner.  Due to difficulties in applying conclusions from isolated experiments across the countries, it was decided to establish experimental sites to carry out research on silvopastoral agroforestry based on experiments with common protocols.  This was the Silvopastoral National Network Experiment.

The success of achieving outputs that could be compared across geographic regions led to the later establishment of a network of three sites in England for studying silvoarable agroforestry, the National Network Silvoarable Agroforestry Experiment.

Research outputs from the Loughgall site of the Silvopastoral National Network Experiment are relevant for the soils and agriculture of Ireland.  Some agroforestry demonstration plots are currently being established in Ireland under the guidance of Eugene Curran of the Forest Service, Department of Agriculture, Fisheries and Food, Skibbereen, County Cork.

Other research projects in the UK include those at Dartington, Devon, run by the Agroforestry Research Trust, and experiments at Wakelyns Agroforestry in Suffolk (part of the Organic Research Centre).

Agroforestry Research in Europe - link to a seminar given by Gerry Lawson, Vice President of EURAF, to the School of Agriculture and Food Science, University College Dublin, 15th March 2017.

The Forum used to produce a Newsletter, the UK Farm Woodland Forum Newsletter, which included up-to-date articles and comment on the then current research in agroforestry.

The issues are still available to load as pdf files: